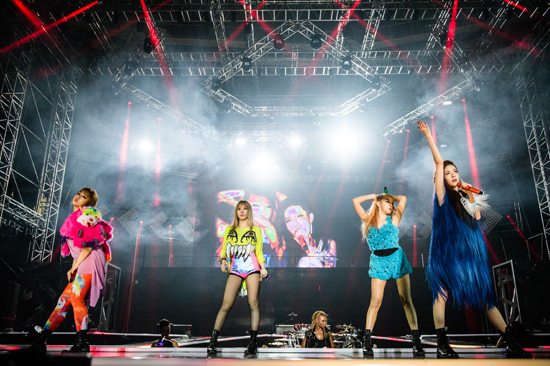 Snoop Dogg will be holding his first South Korean concert on May 4. The concert appears to be sponsored by “ADIDAS.” The title of the concert is “Unite All Originals Live with Snoop Dogg.” The interesting fact about this upcoming concert is that 2NE1 will be performing!

For those of you that do not know, Snoop Dogg first debuted in 1992 when he caught the attention of legendary producer Dr. Dre in 1992. Afterwards, his album “Doggy Style” in 1993 reached the top of the Billboard Music Charts and since then he has continued to make awesome hip-hop albums.

2NE1 will have a collaboration performance with Snoop Dogg during the concert and many fans are now eagerly anticipating May 4! Meanwhile, 2NE1 collaborated with will.i.am for an Intel “Ultrabook Project” track “We’ll Take the World On.” 2NE1 will also feature on will.i.am’s brand new single that will be released on April 22.

2NE1
Snoop Dogg
KPLG
How does this article make you feel?