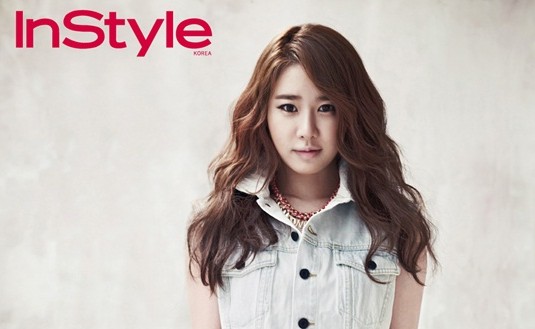 Known for her cute, cheerful, and spunky image, Yoo In Na seems like the perfect model to conjure up visions of a warm and fresh spring. The fashion magazine InStyle borrowed the actress’ charms to showcase the latest and hottest denims trend for its upcoming April edition.

Yoo In Na, who is currently starring along-side IU in the KBS drama, “You’re the Best, Lee Soon Shin,” sports various denim looks ranging from the classic vest and button-down to cut-off jeans anda fashion-statement blouse. She manages to wear them effortlessly, emphasizing the casual and comfortable spring fashion.

To accompany the photoshoot, InStyle also interviewed the actress on her future goals. Yoo In Na revealed that she likes herself as an actor the most and she doesn’t dream of becoming a top-star but hopes to have a long and productive career. She stated, “I want to grow old together with the people who like my acting.”

The April edition of InStyle will be available March 25.

InStyle
Yoo In Na
KPLG
How does this article make you feel?