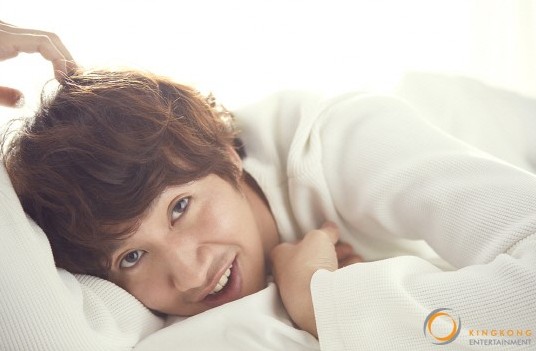 On March 21, Lee Kwang Soo opened a new account for a new global messenger called “LINE,” which was launched in 10 different countries. He posted, “I’m so happy to meet you all through LINE! From now on, I will continue to show new and diverse sides of myself to all the fans.” Along with that message, Lee Kwang Soo posted a few photos and a BTS clip of the shoot.

In the revealed photos, Lee Kwang Soo sheds his funny “traitor giraffe” image from the popular TV show “Running Man” and puts on a warm and gentle light. He looks like he is laying in a clean white bed with the spring sunshine sparkling in the background. His soft smile and gentle eyes helped bring out his own unique charms.

In the BTS clip, Lee Kwang Soo is shown preparing for the shoot by getting his hair and makeup done. The clip also shows his ability to give a variety of poses in a natural manner.

Lee Kwang Soo
Running Man
KPLG
How does this article make you feel?