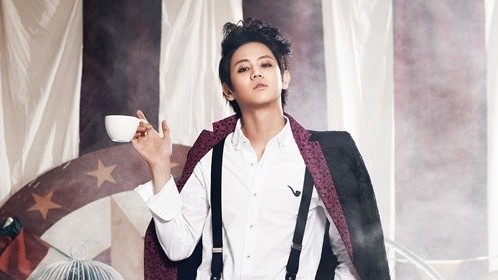 Yang Yoseob fans rejoice! Following the successful promotion of his first solo album in South Korea last year, the artist is gearing up to meet his fans in Japan this coming May.

Titled “The First Collage,” this album will contain Japanese-language versions of the tracks from his Korean album, including his hit single, “Caffeine.” Fellow BEAST member, Yong Jun Hyung, will once again lend his rap skills to this song. There will also be a limited edition of the album that will included a DVD special. The album will hit record stores May 15.

A representative from Cube Entertainment stated, “We believe that Yang Yoseob will be able appeal to the Japanese public with his own style, which is different from BEAST.” He added, “Yang Yoseob is currently working hard on both his Japanese solo album and a new BEAST album.” It seems that fans can expect a new BEAST album in the second half of this year.

Yang Yoseob is going to sound great, no matter what language.

BEAST
KPLG
Yang Yoseob
How does this article make you feel?