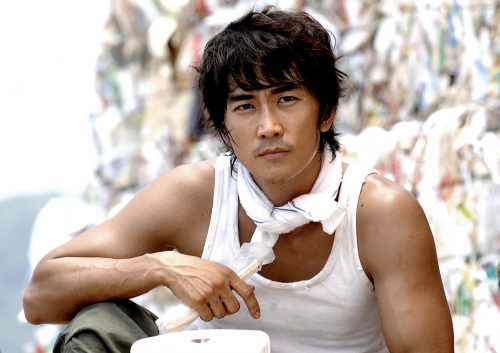 Song Seung Hun: “I Don’t Want to Remain with a Flower Boy Image”

Song Seung Hun talked about his upcoming MBC drama “When a Man Loves.” The drama is a love story involving the Korean mafia. Song Seung Hun plays the character “Han Tae Sang.” Han Tae Sang is an organized crime member in a Korean mafia who was betrayed by his own boss. Afterwards, he took out the boss and made his financial company successful.

Son Seung Hun talked about how he came to choose the character, “I was thinking that I would need to have an image change, I always wanted to try acting out a character that was rough. Although people seem to like flower boys these days, I don’t want to remain with that image. I believe that all male actors have the desire to seem manlier.”

He also spoke a bit about acting out his character, “I don’t easily get satisfied with my acting. Although I try, I know improvements do not happen overnight. My character is not merely just an organized crime member he has a split-personality. On one hand, he does a very clumsy type of love at first, and later he even plans revenge. Even now I am thinking about how I will act.”

The first episode of “When a Man Loves” will broadcast on April 3.

Song Seung Heon
When A Man Loves
How does this article make you feel?