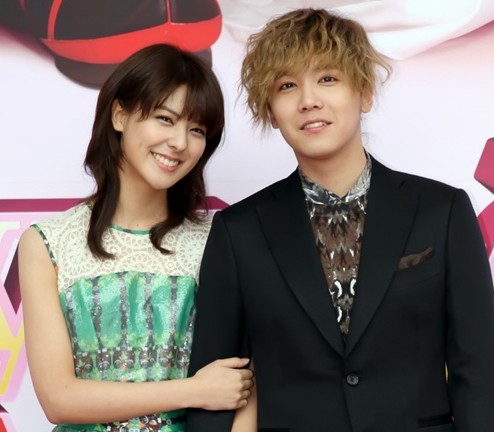 The singer discussed some of the challenges of an international marriage, saying, “I knew there were going to be cultural differences because I also promoted in Japan but there were still so many things I didn’t know.” Lee Hong Ki remained positive, however, stating, “It’s fun speaking in a mix of Korean and Japanese,” and “It’s going to be a good experience.

Lee Hong Ki also revealed his first impression of his partner, Fujii Mina, saying “I was surprised at first because she was so pretty.” Although the Japanese actress is two years older, Lee Hong Ki stated that he actually prefers older woman.

“We Got Married- Global Edition” will premier Saturday, April 7 across 21 countries with a total run of 15 episodes. MBC will also release behind-the-scenes footage everyone Sunday after the broadcast on YouTube.