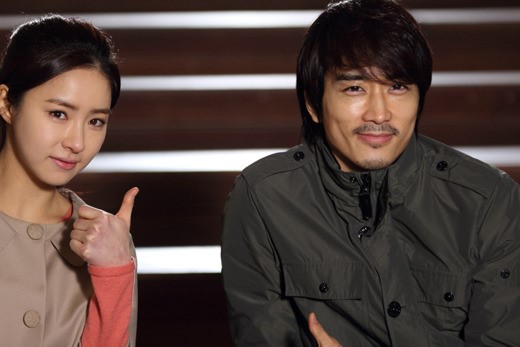 Shin Se Kyung stated, “Because Song Seung Hun looks so young, I don’t really feel the 14 year age difference. As well, unlike my initial worries, he is very friendly and approachable.”

She continued, “Perhaps he is being extra nice to make me feel comfortable. He is very helpful.”

To the same question concerning the age gap, Song Seung Hun stated, “I think Shin Se Kyung is the youngest actress I have ever worked with, but to me, it thankfully doesn’t seem like a big deal.”

Meanwhile on the upcoming drama “When a Man Loves,” Song Seung Hun will be playing a successful businessman while Shin Se Kyung will play an ambitious woman named Seo Mi Do.