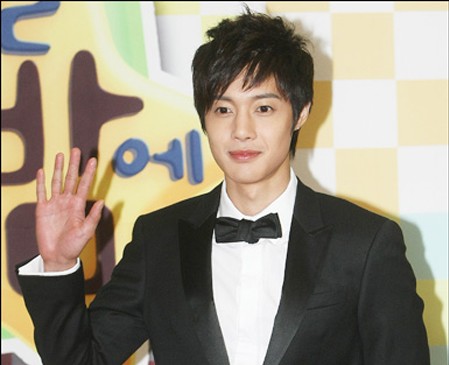 Okuyama, a judge at the festival complimented the artist, stating, “He has the aura of James Bond, which is hard to find in Japan. “

During his award speech, Kim Hyun Joong revealed, “I was touched by the Japanese move, ‘Be with You’.” He added, “I would also like to act in a Japanese movie.”

Kim Hyun Joong will be heading to Laos, Vietnam, and other Southeast Asian countries from April 4 to April 8 to film for SBS’ upcoming variety show headed by Kang Ho Dong. He is joined by actor Yoon Si Yoon and singer Kim Bum Soo, among others. The producer is Jang Hyuk Jae of “Family Outing“ fame and the show will have its members travel around to different countries completing missions. The show will air after the finale of “K-Pop Star Season 2.”

Here is the music video for “Lucky Guy”: