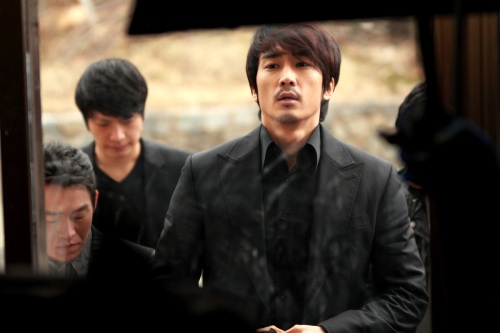 Recently on his Twitter on April 2, actor Song Seung Hun uploaded a photo along with a short message, “When a man washes dishes.”

Netizens that saw this photo admired, “He looks good no matter what he is doing,” “Charismatic washing,” “I am so looking forward to the drama.”

Meanwhile, the first episode of Song Seung Hun’s new drama “When a Man Loves” will be aired on April 3, 2013. He will be playing a cold-hearted yet successful businessman.

KPLG
Song Seung Heon
How does this article make you feel?