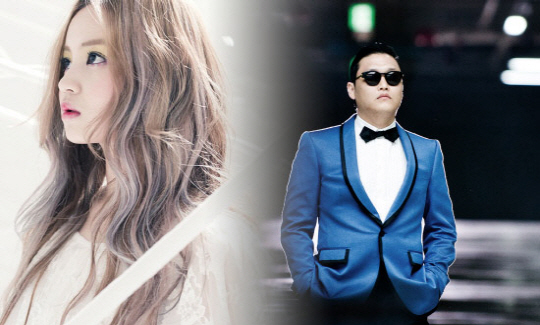 What a concert it will be!

It was recently announced that PSY will be showcasing his new song, “Gentleman,” for the first time at his upcoming concert, titled “Happening,” on April 13. The concert will be broadcast live on Youtube for fans everywhere. Now adding to the already sky-high excitement, YG Entertainment announced that G-Dragon and rookie artist Lee Hi will be joining the concert as special guests.

It has not been decided yet if G-Dragon and Lee Hi will be singing together with PSY for a special performance or will be delivering separate and individual performances, but whatever is finally decided on, fans can surely expect one exciting concert.

Lee Hi
G-Dragon
PSY
KPLG
How does this article make you feel?