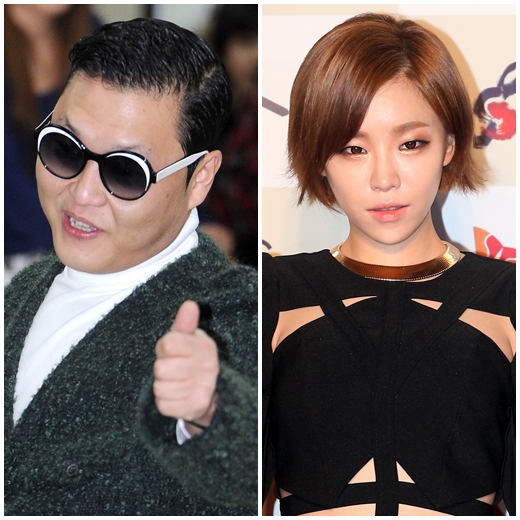 After the sensational hit of the “Gangnam Style” music video, featuring 4minute’s Hyuna and cameo appearances by comedians Yoo Jae Suk and Noh Hong Chul, the curiosity surrounding the content of PSY’s next single, “Gentleman,” is high. What new, crazy dance will PSY come up with? Who is going to be the next Hyuna? Will there be celebrity cameos again?

While we don’t yet know what dance PSY will show off next, we do finally know that the new music video will be just as star-filled as the previous one, with Brown Eyed Girls’ Ga In and Ha Ha newly featuring and comedians Yoo Jae Suk and Noh Hong Chul returning to the scene. Yoo Jae Suk was previously the “Yellow Suit Guy” and Noh Hong Chul was the “Elevator Guy” in the “Gangnam Style” video.

Representatives from YG Entertainment stated that the music video will be shot this weekend and like the previous single, will be filmed in several different locations.

PSY will be showcasing “Gentleman” for the first time during his “Happening” concert on April 13. Lee Hi and G-Dragon are slated for guest appearances and the concert will be broadcast live through Youtube for fans all over the world.