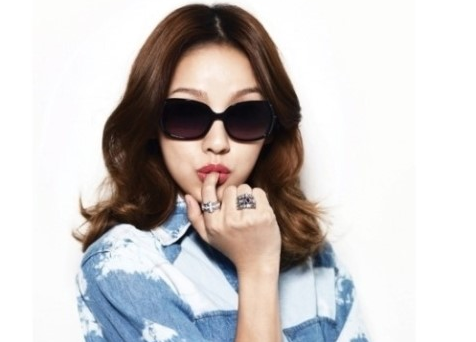 After the awesome news of Lee Hyori’s return, fans have been curious to know what style of music the K-Pop Queen will deliver. To satiate fans’ thirst, Lee Hyori’s agency, B2M Entertainment, announced on April 8 that rapper Beenzino will be featuring in Lee Hyori’s new album.

Rapper Beenzino is a widely praised Korean rapper who is in the same record label as Dok2. Contrary to a stereotypical rapper image, Beenzino is currently enrolled in the Department of Sculpture in the College of Fine Arts at Seoul National University. Beenzino has featured in the albums of many artists and most recently, he collaborated with K.Will on the singer’s new album for the song, “Bon Voyage.”

With news of Beenzino’s participation, the excitement is even higher for Lee Hyori’s album. The singer has also shown her own excitement by writing on her fancafe on April 2, “I think it took so long to release a new album because I wanted a weightier one. Please listen to the album even though it is over ten tracks.”

Representatives of the singer stated, “Lee Hyori will be pointing to new direction for solo female artists with her new album.”

Lee Hyori is expected to make a comeback in May. It has been three years since her last album, “H-logic.” Can’t wait to see what Lee Hyori will deliver!

Lee Hyori
KPLG
Beenzino
How does this article make you feel?