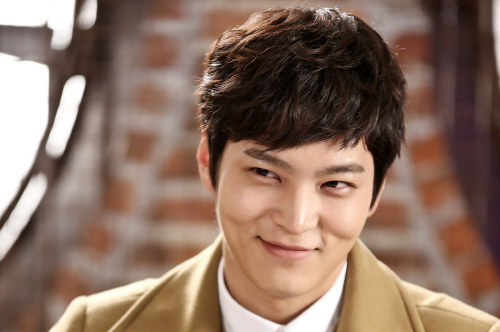 Actor Joo Won Used to Be an Idol?

Well, not a K-Pop idol, but certainly an idol to little children.

On April 7, MBC’s “Section TV Entertainment News” revealed a photo of Joo Won when in he was in a co-ed television performance group called “Frees.” The group was formed by the network SBS as part of a children’s television program, “Viva! Frees,” in the manner of Disney’s “The Mickey Mouse Club,” which brought to the limelight future world stars like Britney Spears and Justin Timberlake. “Viva! Frees” premiered in 2006 but Joo Won left the show quickly after.

This little-known fact came to light when fellow Frees member Paul revealed during the news program that he was once part of the group and debuted along with Joo Won.

In the photo shown, Joo Won is wearing all white, matching with the other members, and smiling brightly for the camera.

Upon seeing the picture, netizens commented, “Joo Won looks exactly the same,” and “He was just as handsome then too.”