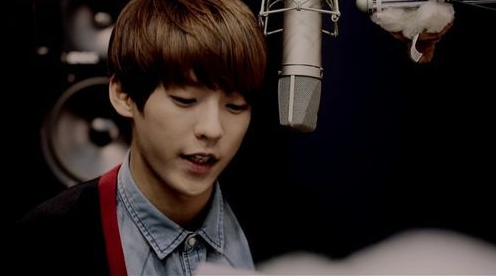 BTOB will be making a comeback on April 10 with a new digital single titled, “2nd Confession.” On April 8, they released a teaser video, filmed in the style of a live radio broadcast. The teaser features g.o.d. member Danny Ahn who is cohosting the radio show with BTOB member Minhyuk. Minhyuk sounds like an actual DJ reading a story a listener sent in, wanting to confess to his girlfriend. Danny Ahn looks more than comfortable in the role as he is currently an actual DJ on KBS Cool FM.

The teaser promises “2nd Confession” to be a sweet love song, making this the first time since the group’s debut that BTOB has shown a soft and romantic image.

Here is the teaser:

BTOB
Danny Ahn
KPLG
How does this article make you feel?