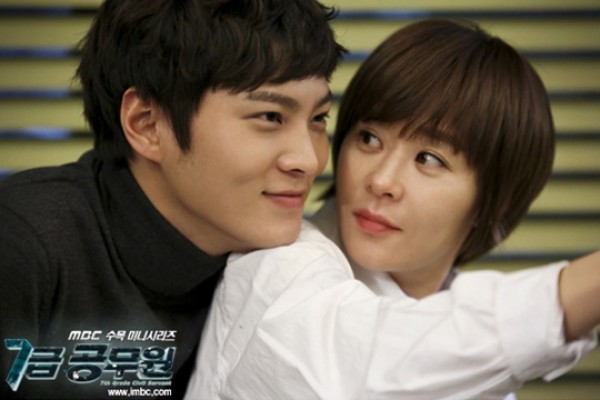 Joo Won: “Choi Kang Hee is the Best Partner I’ve Ever Had”

Joo Won picked Choi Kang Hee from “7th Grade Civil Servant” as the best partner he’s had as an actor during his interview with reporters on April 9. He said, “I’ve learned a lot through this drama, but I would say that my biggest achievement is gaining my freedom. And Choi Kang Hee was very influential in doing so.”

Joo Won refers to the ability to use one’s imagination freely under any circumstances as “freedom.” He praised Choi Kang Hee, “Choi Kang Hee has very innocent imagination. For example, whenever we do a romantic scene together, the outcome is usually very pretty. This is all from Choi Kang Hee’s imagination. I learned so much from working with her.”

For the same reason, Joo Won picked Choi Kang Hee as his best partner. He explained, “Of course, I had good chemistry with Eugene, Uee, and Jin Se Yeon. But not as much as I did with Choi Kang Hee. When I was doing ‘King of Baking, Kim Tak Goo,’ I was new to TV drama industry so I didn’t even have time to process anything, and Uee and I were both rookies in ‘Ojakgyo Brothers.’ She and I were busy cheering each other up. In comparison to these dramas, I didn’t really get a chance to interact with Jin Se Yeon much during ‘Bridal Mask.'”

But with Choi Kang Hee and “7th Grade Civil Servant,” everything was different from his previous roles and experiences. Joo Won said, “I spent a lot of time with Choi Kang Hee because we had a lot of scenes together. So we just practiced our lines together until filming, and this allowed me to just memorize my lines without having to put much effort into it. Towards the end, we had a great partner chemistry and all of the staff recognized it too. I was very satisfied with it.”

However, great chemistry and partnership did not mean that everything was easy and comfortable between the two actors. After the romantic relationship between the main characters fully developed on screen, Joo Won and Choi Kang Hee had many kiss scenes. Joo Won confessed his struggles with these scenes, “At first, I was anticipating it. I was all nervous, ‘I’m finally doing the kiss scene.’ And then there were none of that for a while until the end. When the time came again, I guess we were both a little tired, so we just went for it. However, I was worried and confused; I couldn’t help it. I didn’t know if I should just put my lips on hers and stay that way or move a little bit. As I was moving my lips, I was wondering if this is respectful to her or not. I even asked her, ‘Should I just stay put and not move?’ and she told me to do whatever I want to do.”

Joo Won picked the film “Only You” as his next step. Kim Ah Joong will be playing his partnering role in the film. He commented, “Every time I get into a new drama or film, I get all these mixed feelings. However, I’m equally nervous and excited about this next step. I will do my best and continue to impress my fans and viewers.”