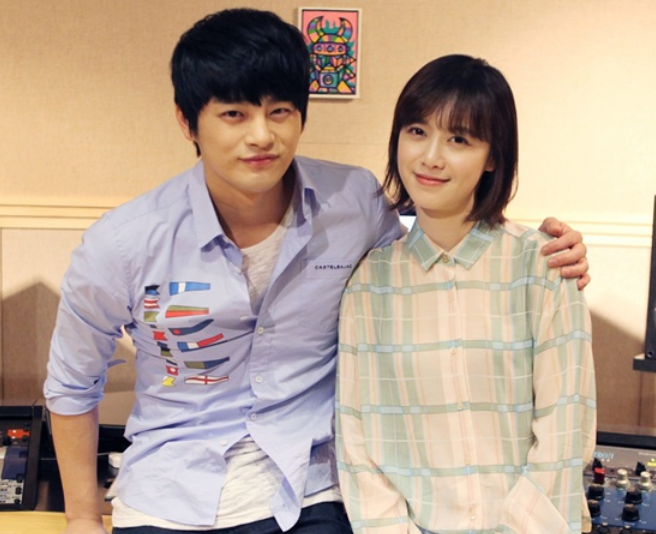 On April 5, Jellyfish Entertainment released a picture (see above) of actress Goo Hye Sun with Seo In Guk in a recording studio, leaving many to wonder if there was a collaboration between the two. The question seemed to be answered with the release of a teaser for Seo In Guk’s latest single, “With Laughter or With Tears” (or literally in Korean, “I Smiled and Then I Cried,”) in which Goo Hye Sun starred in but it seems there was something more behind the picture. Goo Hye Sun, who is no stranger to song writing, having released her own single album before, has written a song for Seo In Guk and will be included in his new album.

The song called “Were We Happy?” was composed and written by the multi-talented actress. Goo Hye Sun revealed about the lyrics, “I wrote down the regretful words that come to mind after a couple breaks up.”

The music video for “With Laughter or With Tears” in which Goo Hye Sun starred in will be fully revealed later today, April 11. Stayed tuned at Soompi for an update but for now, here is the teaser:

Seo In Guk
Goo Hye Sun
KPLG
How does this article make you feel?