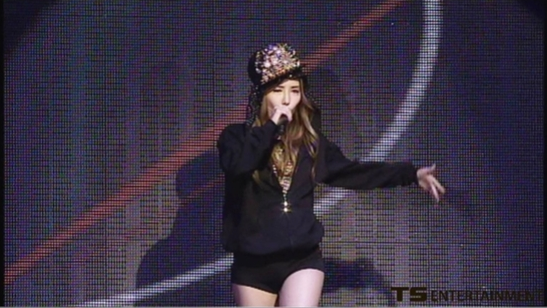 On April 10, TS Entertainment released a video of Zinger’s solo performance at the concert “Secret Live in Singapore” on their official Youtube channel .

The video is a highlight clip of Zinger performing her solo song “Amazinger” from Secret’s first full album. In it, Zinger shows off her rap skills and a powerful and sexy dance that emphasize the artist’s charisma and energy. The performance earned a lot of cheers and attention as Zinger showcased an image different from Secret’s usual songs. It also calmed the worries of fans concerned about the artist’s well-being after the car crash that seriously injured her, pulling her out of Secret’s promotional activities for several weeks.

Check out the performance for yourself. She sounds and looks amazing!