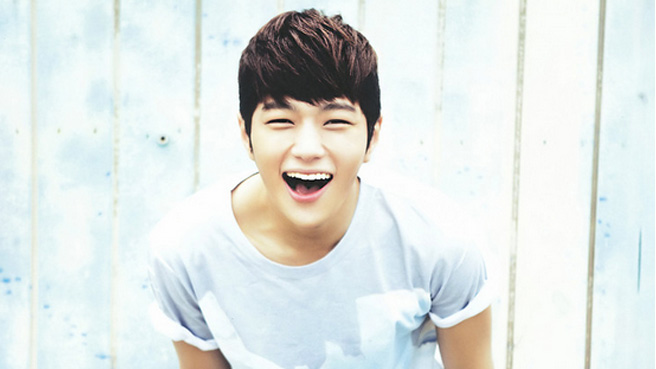 Infinite’s L Can’t Laugh Because of His Manager

On the April 9 broadcast of SBS’ radio show “Jung Sun Hee’s ‘A Night Like This’,” Infinite revealed that their manager told the “visual” member of the group, L, to not laugh in front of the camera.

The host Jung Sun Hee, noting that L was laughing a lot that day during the show, said, “When he doing nothing, he is ‘L,’ but when he laughs, he turns into ‘Myungsoo’.”

“Myungsoo” is L’s real name and in Korean society, sounds relatively more unsophisticated than “L.” So being the “visual” member of the group, Myunsoo was given the name “L” as his stage name.

In response to Jung Sun Hee’s comment, the members of Infinite responded, “You’re right. That is why our manager wouldn’t let L laugh. So L had to turn around and laugh when something was funny. He couldn’t take his shoes or even his jacket off when he wanted to. In fact, one day, L took off his shoes at the hair salon and the members were all scolded with the words, ‘Do you think this is a bus terminal?’.”

L added, “I was stressed out a lot in the past because of this,” and revealed that he released the stress by thinking, “I like to see the other members laughing.”

INFINITE
L
Jung Sun Hee's A Night Like Tonight
How does this article make you feel?