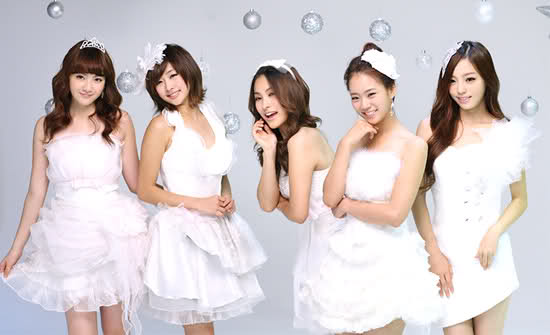 On the recent episode of Nihon TV’s “Blue Laughter for Anyone,” which was aired on April 7, group Kara’s members appeared as special guests and revealed their ideal types.

Goo Hara stated that she likes guys with a nice deep voice, while Han Seung Yeon revealed that her ideal type is someone who helps out with house chores and is caring, and also has light skin. Park Gyuri said that she would like a guy who is mature and understanding. On the other hand, Kang Ji Young revealed that she likes funny and engaging guys, while Nicole stated that her ideal type is someone who is sensitive and remembers what she says.

Also on this episode, a video that summarized Kara’s history since their debut in 2007 was aired. Kara is currently promoting their eighth Japanese single album “Bye Bye Happy Days.”