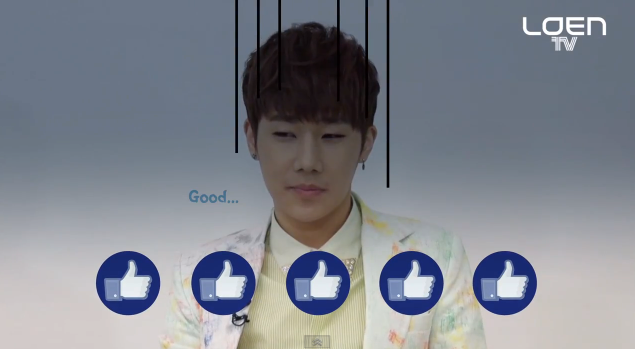 In their “Ask in a Box” interview, released April 12 on LOEN Entertainment’s official Youtube Channel, the members of Infinite talked about various things, ranging from their nicknames to their dating habits.

For one of the questions, a fan asked Sunggyu to rank himself among the members in terms of looks. Sunggyu calmly responded that after his debut, he realized he placed near the bottom in terms of looks. He then proceeded to rank the other members, placing L first as the best looking, Sungyeol second, and Woohyun third. He did not rank the rest of the members, Hoya, Dongwoo, and Sungjong, but just placed himself last, to which all the members agreed was appropriate. Hilariously, he placed Woohyun in third place only after adding, “When Woohyun wears makeup.”

You can watch this part for yourself in the video below. It starts at 4:09.

INFINITE
Sungkyu
KPLG
How does this article make you feel?