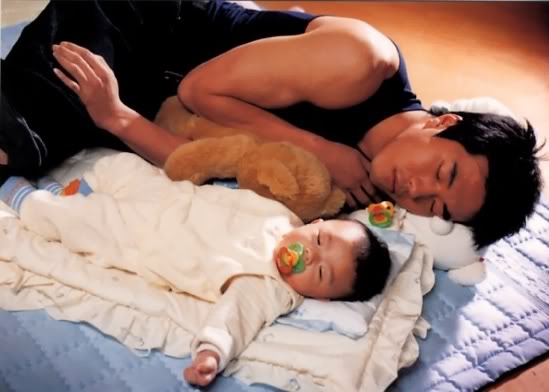 Kwon Sang Woo’s Son Luke Might Appear in “Daddy, Where Are You Going?”

During one of his interviews, the actor shared, “I’ve recently began watching ‘Daddy, where are you going?’ I think if my son Luke were to appear on the show, he would be popular.” He went on, “I always liked kids, but I never imagined how it would feel to have my own child. When Luke was born, I thought he was absolutely precious.” The actor then went on to show reporters pictures his son Luke that he had saved on his phone.

Netizens who read about Kwon Sang Woo’s affectionate and fatherly nature remarked, “If Kwon Sang Woo is mentioning the show, I hope that means we’ll be seeing Luke soon!”, “Please don’t just mention the show, but make an appearance on it with your son!” and “It would be so adorable to see Kwon Sang Woo and his son on the show together!”

Kwon Sang Woo
KPLG
Luke
How does this article make you feel?