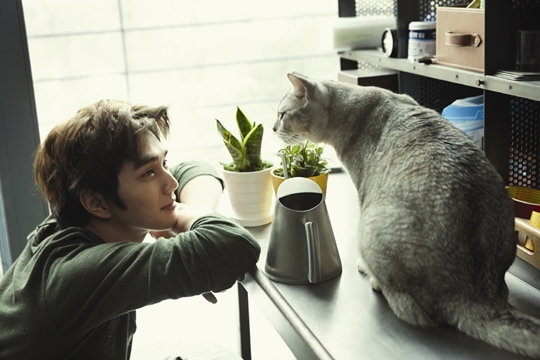 Many fans were left weeping when hot, young actor Yoo Seung Ho enlisted in the military on March 5, 2013. They wondered how they would last the two years of his mandatory service. Thankfully, it seems that Yoo Seung Ho prepared some fan service before he entered the military, as we have seen a steady release of the news about the actor for the past month.

On April 15, Yoo Seung Ho released a photo book, titled “Travel letter Spring Snow and…,” to keep his fans company during the long wait. The photo book features the actor on a vacation in Japan and also includes a revealing and personal interview. The teaser photos emphasize Yoo Seung Ho’s charm as a boy who is at the cusp of manhood, looking innocent yet mature. They leaves fan in high expectation for the actor’s return from the military as a full-grown man ready to seize the hearts of viewers of all ages.

The photos were taken by the photographer Bori, who recently passed away on April 8 from a brain hemorrhage. She was only 40. She had commented after working with Yoo Seung Ho on this photo book, “I want to take pictures of Yoo Seung Hoo until I am a white-haired grandma.”

Yoo Seung Ho
KPLG
Bori
How does this article make you feel?