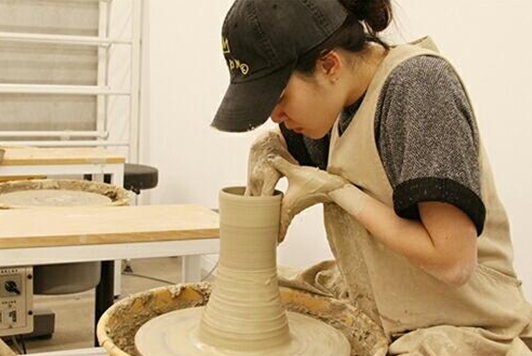 Moon Geun Young is the “Goddess of Fire” for New Drama

It’s confirmed! Moon Geun Young will be making a comeback with the drama “Goddess of Fire Jung-yi” in which she will play the titular role of Yoo Jung, who rises as the Joseon dynasty’s greatest and first female ceramic artist. Moon Geun Young was last seen in a sageuk five years ago in “Painter of the Wind” with Park Shin Yang and Moon Chae Won. She won SBS’ “Best Actor” award in 2008 for her role as the cross-dressing, famed painter Shin Yoon Bok.

The casting for the male lead is still unconfirmed as the latest reports put actor Lee Sang Yoon from the drama “My Daughter, Seoyoung” still looking over the role favorably.

In photos just released by Moon Geun Young’s agency, the actress is shown carefully learning how to mold the pottery in preparation for her role.