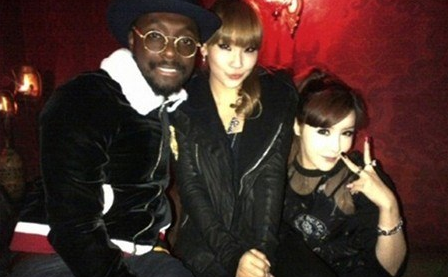 On April 16, Will.I.Am uploaded the tracks from his upcoming album “#willpower” on his official Youtube channel days before it’s official release. Although not noted on the channel, 2NE1 fans will be able to recognize Park Bom and CL being featured on the track “Gettin’ Dumb” even though their voices went through some digital processing.

This will be their second official collaboration with Will.I.Am. The first collaborative song, “Take the World On,” was released this past March.

His album will officially be out on April 23 and today’s hottest artists like Justin Bieber, Britney Spears and Eva Simons have also been featured in the album.