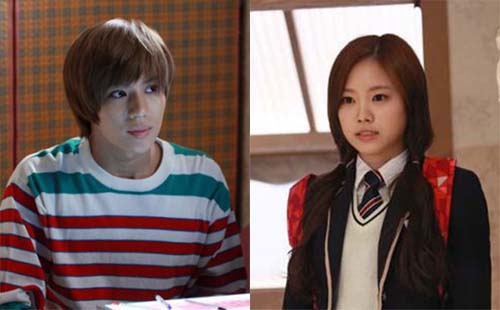 “We Got Married” is not the first time these two young idols have starred together on television.

After the unexpected news that SHINee’s Taemin and A Pink’s Son Na Eun will be the next “couple” for the variety show “We Got Married,” netizens have started digging up information about the two idols’ past connection.

While Taemin and Son Na Eun will be playing a married couple now, in the past, they appeared together in the 2012 SBS sitcom titled, “Salamander Guru and the Shadows,” as siblings. Taemin played the “Master of Disguise” and Son Na Eun was his blind younger sister.

Taemin and Son Na Eun’s first “We Got Married” episode will air April 27 on MBC.

Apink
SHINee
Salamander Guru
Son Na Eun
Taemin
KPLG
We Got Marr
How does this article make you feel?