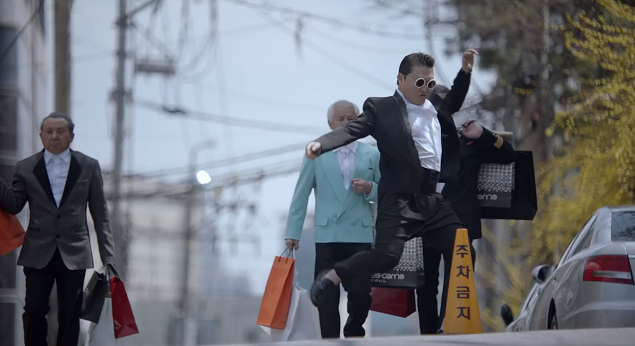 The music video for PSY’s “Gentleman,” which recently broke Youtube records for reaching the 100 million view mark in just four days, has been ruled by the television station KBS unfit for broadcast. The video was blacklisted due to scenes that portray the “destruction of public structures.” Specifically, it was the scene where PSY kicks the “No Parking” sign on the street in the beginning of the video.

In response, YG Entertainment stated they would not be asking for a repeal of this verdict. “We expected this kind of ruling so we don’t expect that a repeal will have any significance.” The company will just follow KBS’ decision.

In conclusion, viewers will be unable to watch PSY’s music video appear anywhere on KBS.

You can watch this “offensive” scene at 0:05 mark.

What do you think about KBS’ ruling, Soompiers?
KBS
PSY
KPLG
How does this article make you feel?