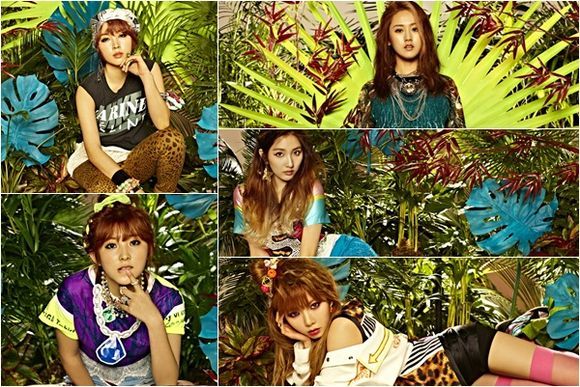 4minute are Queens of the Jungle in New Album Photos

4minute is coming back and in preparation, they are delivering surprise after surprise with visually stunning concept photos that only increase the fans’ anticipation for their return.

In these new album jacket photos, the girls take on a “wild chick” concept. Posing in front of a “jungle” background, the members are dressed in vivid colors and patterns that only emphasize the group’s trademark charisma and powerful image.

Cube Entertainment also announced that 4minute worked with famous producer Brave Brothers for the first time for the new album. He composed their title song which is said to be in the “fantasy hip-hop” genre. The song reportedly combines the hip-hop beat with a never-before-attempted range of synthesizer sounds.

The new album will be released April 25.

4Minute
Brave Brothers
KPLG
How does this article make you feel?