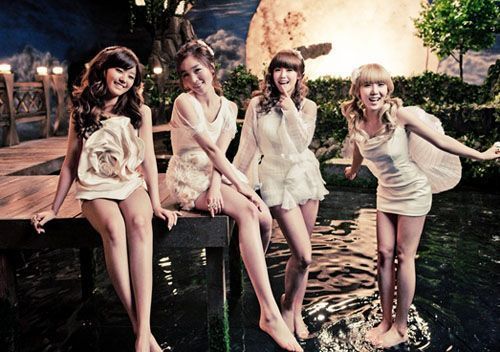 Yay! Secret is coming back!

After Secret member Song Ji Eun uploaded a picture of herself online with the caption, “Secret coming soon. Yoohoo!” TS Entertainment confirmed that the group will be making a comeback soon with a brand new mini-album.

The new album will contain five tracks and the title song was composed by the Kang Ji Won, Kim Ki Bum duo that produced many of Secret’s previous hits like Magic, Shy Boy, and Poison.

Member Jeon Hyosung also uploaded photos of herself with the caption of “I came to Saipan. Welcome to Saipan! I put a flower [in my hair] because I am excited.”

The new album is expected to be released near the end of April.

They look adorable, don’t they?

Hyosung
Secret
Song Ji Eun
KPLG
How does this article make you feel?