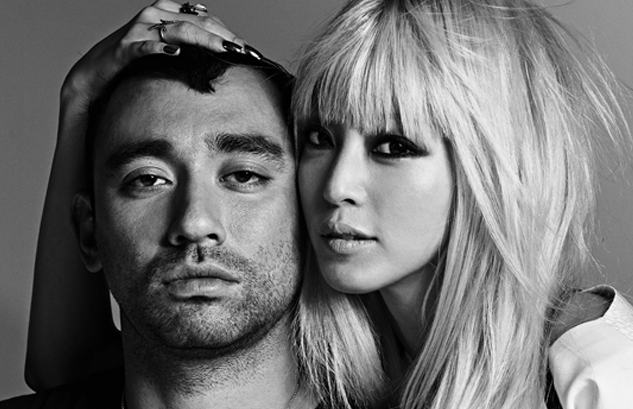 Han Ye Seul Wants to Follow the Footsteps of Famous Blonde Celebrities Before her?

Could actress Han Ye Seul finally be expanding her career abroad? After revealing that her Korean-American actress role model was Kim Yoo Jin from “Lost” for successful “globalization of korean culture” back in 2007, it looks like the bilingual actress is ready to try and take on Hollywood and the fashion world by storm.

And what better way to start than to team up with famous stylist Nichola Formichetti, who is mostly known for his work with Lady Gaga– who is probably world-famous for defying ubiquitous fashion norms?

Not only does Formichetti transform Han Ye Seul into a platinum blonde bombshell, but outfit her in interesting, structured tops that elevate this look. Han Ye Seul looks absolutely stunning in her shots, that is…except for the questionable choice of bustier top with unflattering seams running across her breast cups.

Besides that, the two look adorably chummy with Han Ye Seul cradling Formichetti’s noggin affectionately and both sharing the same safety pin necklace for the shoot.

Hmm…was the inspiration Formichetti and Han Ye Seul took for this photo shoot spread in “Elle Korea” magazine, successful female blonde celebrities before her? Check out the photos below!