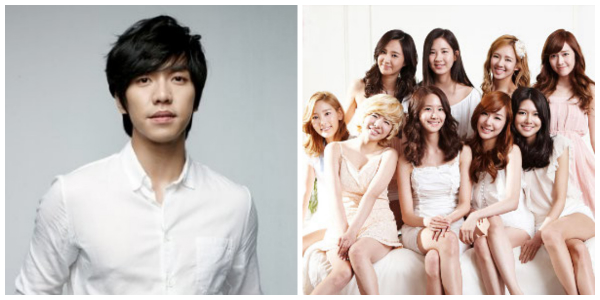 Girls’ Generation came out on top beating out other artists such as Lee Seung Gi, PSY, and Big Bang in a K-Pop popularity survey.

Survey company Lee’s PR Research Institute conducted a survey titled “Early 2013 Artist Popularity Survey” and asked which male and female K-Pop artists were the most popular. Girls’ Generation won first place among the female artists with 20.6% of the votes and Lee Seung Gi won among the male artists with 9.2%.

The male artists behind Lee Seung Gi were PSY (8.5%) , Big Bang, Lee Seung Chul, SHINee, Kim Bum Soo, INFINITE, Sung Shi Kyung, Huh Gak, and K.Will. Lee Seung Gi moved up from this third spot to first, with PSY and Big Bang moving down. BEAST, Rain, Naul, and 2PM of last year’s survey did not make it to the top ten this year.

It is noted that the difference between Lee Seung Gi and PSY is not large, especially considering that last year PSY won 21% of the votes with Big Bang coming in second with 10.9%. It seems that this year the votes between the male artists were distributed evenly.

The survey was conducted in Seoul, Busan, Daegu, Gwangju, and Daejeon from March 24 to the 31 of this year. 1,332 men and women from age thirteen to sixty-nine participated in the survey.