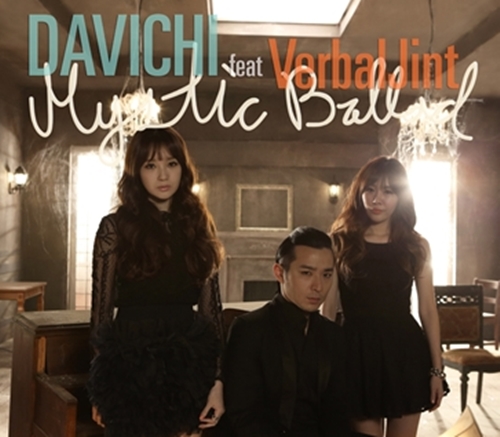 There was lots of movement in the top 10 this week along with a surprising new No. 1 song.

Third time is a charm for Davichi as they were finally able to capture the top spot this week with the “Be Warmed.” The song is the third single from their second full album “Mystic Ballad.” Red hot rapper Verbit Jint has a big assist on this song. He not only wrote the song for Davichi but also lent his voice as the featured rapper. Verbal Jint has already appeared on many hit songs so far this year, both on his own hits and as featured rapper for other singers.

We have five new songs in the top 10 this week!

K.Will’s “Love Blossom,” settles in at No. 2 this week. Davichi’s “Be Warmed” barely edged out the song by five points for first place. Despite debuting at No. 25 last week, “Love Blossom” was actually the favorite to be our new No. 1 song this week.

This song is the title track of Part 2 of K.Will’s third album. Part 1 was released last year with “Please Don’t…” and was able to reach the top of our chart. “Love Blossom” is of the urban soul genre, showing yet another side of K.Will’s talent. This song will be the favorite again to climb to No. 1 next week if it can hold off one new song this week (more on that below).

The other four new songs are all at the bottom part of the top 10.At No. 7, hip-hop duo Geeks scores their second straight top 10 hit with “How Are You” featuring male vocalist Harim. As a relatively unknown underground hip-hop group last year, Geeks scored their first top 10 hit with Sistar’s Soyu on the song “Officially Missing You, Too.” The song stayed in the chart for many weeks. “How Are You” moves up 16 spots into the top 10 this week. It is a mid-tempo jazz style R&B track with rapping by Geeks.

At No. 8, moving up 16 spots this week, is the third part of the “Ma Boy” trilogy by Electroboyz. In the past, all three has become top 10 hits .“Ma Boy 3” features Nana of After School. Brave Brothers and members of Electroboyz were responsible for composing and penning this song. Unlike the first two versions which were upbeat songs, “Ma Boy 3” is a mid-tempo song that blends Nana’s sweet vocal with Electroboyz’s rapping.

Sophomore duo 15& is back in the top 10 this week with “Somebody,” and is also the highest debut of the week at No. 9. Unlike the ballad sound of their debut track “I Dream,” “Somebody” is a more up-tempo song that shows off their vocals. The music video features a parody of K-Pop Star, where Park Jimin was discovered.

Moving up 19 spots to No. 10 is “Goodbye” from Hong Dae Kwang of Super Star K4. He is the second Super Star K4 member to hit our chart, but the first one to hit the top 10. Winner Roy Kim’s “Passing By” reached No. 12 late last year. “Goodbye” is the preview single of Hong Dae Kwang’s debut mini-album and features Sistar’s Soyu. The title track “Far Away” should debut our chart very soon.

Psy’s “Gentleman,” the much anticipated follow up song to his worldwide hit “Gangnam Style” was also recently released. Due to the timing of release, “Gentleman” only debuts at No. 17 this week, but will certainly battle for the top spot next week.