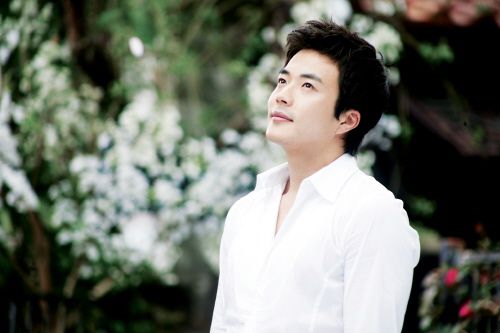 Kwon Sang Woo: “Many Viewers Thought My Character Was Too Stupid To Execute A Proper Revenge”

Actor Kwon Sang Woo recently sat down for an interview with ENT and opened up about his previous remarks about the challenges he faced while working on ‘Queen of Ambition.’

Although being an actor in a Korean drama is hard work, Kwon Sang Woo denied that he bore any residual resentment toward the chaotic and stressful production process.

He began by saying, “While it’s a fact that filming for a drama is hard work, I still find it enjoyable. Actors who are unable to stay agile and flexible to the changing environment of a drama shoot, often avoid dramas if possible. But if overcoming those challenges allows viewers to recognize your hard work, then I would say that is the upside of being in the Korean drama business.”

And even though Kwon Sang Woo stated that he does feel some attachment to his character Ha Ryu, it won’t be difficult for him to move on. He admitted, “It’s actually easy for me to step out of my character once the shoot ends (laugh). There’s a saying that ‘actors have a glass of soju each night because they’re unable to step out of character,’ but I don’t understand how that’s possible. Actors who worked on ‘Queen of Ambition’ probably went through a lot however, because this drama is about characters who lead seemingly normal lives that fall apart in the end.”

He continued to talk about his character Ha Ryu’s plight and his struggle to portray him saying, “There were many viewers who watched ‘Queen of Ambition’ and complained, ‘Why doesn’t Ha Ryu execute a proper revenge? Is he stupid?’ But our drama wasn’t about a man’s thirst for revenge but the melodramatic storyline. I think a lot of viewers were disappointed with the lack of character development for Ha Ryu that explained his conflict of emotions and torment.”

Kwon Sang Woo also talked about his devotion to his family over his career saying, “Even if I’ve had little to no sleep for five days straight, I’ll wake up with my wife each morning to take our son Luke to pre-school. And of course if my wife has to go to work that day, I’ll be the one to take him. Luke is so easy to care for though, and I think that’s because his mother dotes on him so much (laugh). We want Luke to have a sibling sometime next year, but not now since my wife and I are pretty busy.”

Kwon Sang Woo
KPLG
Queen of Ambition
How does this article make you feel?