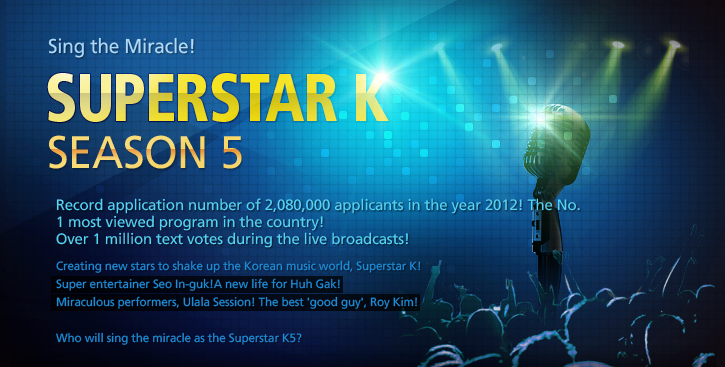 “If you think you’ve got a musical talent, give it a try!” – Adam Lambert (singer-songwriter)

There are several ways you can apply for “Superstar K5.”

– Install the mobile application “Mnet Star” and follow the instructions inside

– Upload a video clip or a recording file of yourself singing on Mnet’s official global website “M Wave” (http://mwave.interest.me).

For those who pass the first round, information on time and location for the second round will be informed then. According to CJ E&M, who owns Mnet, regional preliminaries will be held from April to July; the first episode of “Superstar K5” is scheduled to be broadcast in August.