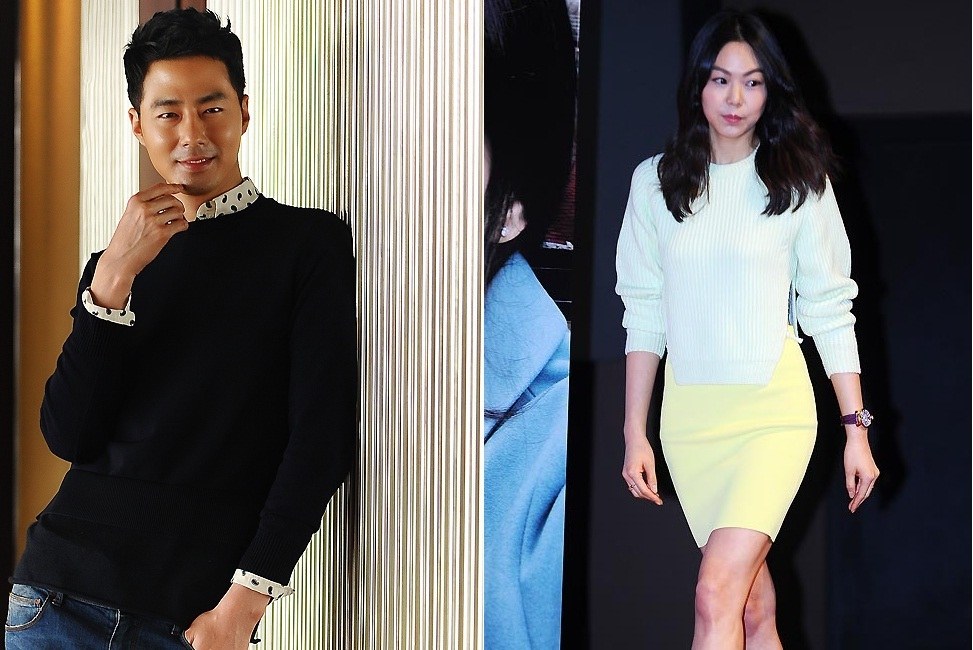 Korean news outlet Dispatch revealed today that actors Jo In Sung and Kim Min Hee have been seeing each other for the past four months. They met earlier this year through an acquaintance and officially became a couple earlier this month after Jo In Sung’s schedule cleared up with the end of “That Winter, the Wind Blows.” It was also reported that singer Kim C acted as the bridge between the two actors.

Kim Min Hee’s agency has stated that they have to confirm with the actress herself first and Jo In Sung’s agency has not announced anything specific. But an acquaintance of the two actors have stated, “It is true that Jo In Sung and Kim Min Hee officially become a couple recently” and “their relationship starting growing from the beginning of this year.”

You can see photos taken by Dispatch of the two actors supposedly on a date here.

Both Jo In Sung and Kim Min Hee’s agency have confirmed that the two actors are dating.

Jo In Sung’s agency, IOK Company, stated, “They met earlier this year by chance and we have confirmed that they are currently dating after feeling interest toward each other.” It added, “Please watch this couple with warm attention as it is the just the beginning of their relationship.”

Kim Min Hee’s agency, Soop Entertainment, stated, “We apologize that we couldn’t reveal their relationship beforehand and it was found out through a media outlet. We have confirmed that the two are seeing each other with interest. They met by chance in the beginning of this year and exchanged contact, as they were colleagues. They are now seeing each other with good feelings.”

Also, pictures from a photo spread featuring the two actors have started to gain attention. The photo spread features Jo In Sung and Kim Min Hee when they were twenty and nineteen, respectively, posing for the clothing brand “Ong.” The photos were taken twelve years ago in 2001 and the two actors look very young and innocent. Both of these actors started their careers as models due to their height, slender figures, and good-looks.

Congratulations to this new celebrity couple!

Jo In Sung
Kim Min Hee
KPLG
How does this article make you feel?