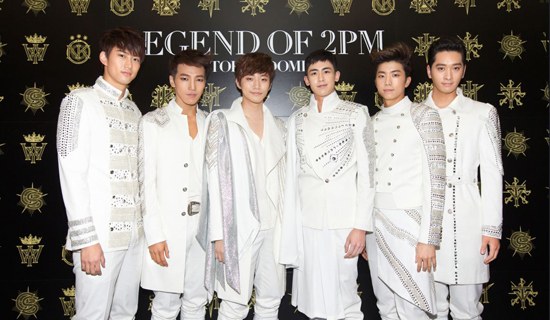 As it was revealed that a photo released by JYP Entertainment showing the audience at 2PM’s Tokyo Dome concert, “Legend of 2PM,” was photoshopped, questions began to arise about the legitimacy of the audience count of 110,000, also reported by the company.

On April 24, JYP Entertainment uploaded a statement on its official homepage that stated, “We apologize for the error on our part in the press release regarding 2PM’s Tokyo Dome concert that was distributed this past weekend.” JYP Entertainment had distributed the press release to various media outlets on April 20 and 21 with a photo that seemed to be photoshopped to make it look like more people attended 2PM’s concert.

The agency explained, “Most of the company’s staff were on location [at the concert] and due to time constraints, there was an error that occurred while working on the coloring of the photo for the press release. We distributed the press release before carefully checking the photo.”

They added, “The audience count is something that was confirmed by the local concert organizer and by local media outlets who actually attended the concert. Still, we apologize to the different media outlets for causing them trouble and to the fans for the photo error.”

JYP Entertainment ended with the promise that they “will check more precisely now with our future press releases to make sure this never happens again.”

In related news, 2PM will be making a comeback soon with a new album in May.

2PM
JYP Entertainment
KPLG
Legend of 2PM in Tokyo Dome
How does this article make you feel?