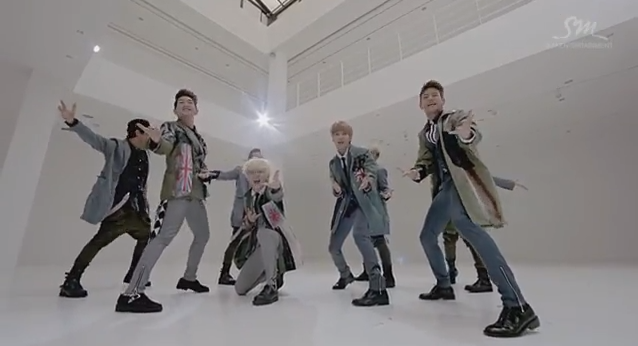 SHINee’s “Why So Serious?” Choreographed by Devin Jamieson

It’s been revealed that Devin Jamieson, the world-renowned choreographer who worked with Michael Jackson, Usher, and Britney Spears, among others, collaborated with SHINee on the choreography for the group’s upcoming single, “Why So Serious?” This isn’t the first time Jamieson has worked with an SM artist. He also choreographed Super Junior’s “Sexy, Free & Single.”

In the music video teaser released by SHINee on April 22, you can get a taste of what the energetic and powerful choreography will looks like.

In related news, SHINee released a highlight medley of their songs from their upcoming album today. You can listen for yourself here.

SHINee
Super Junior
KPLG
Devin Jamieson
How does this article make you feel?