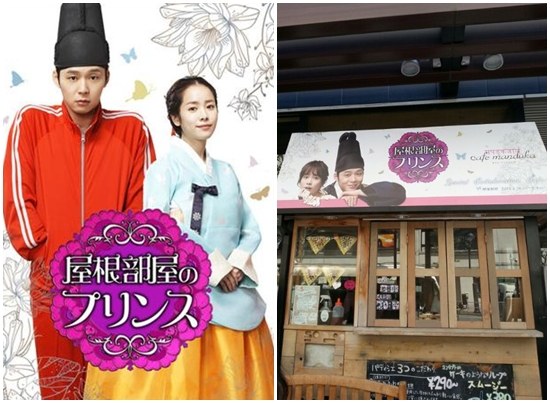 A “Rooftop Prince” cafe has opened in Tokyo!

A Hallyu specific Japanese website called “Mpost” announced on April 24 that a “Rooftop Prince” special event was taking place from April 26 to May 9 at cafe Mandoka located in the heart of Shibuya, Tokyo. This event decks out the cafe in a “Rooftop Prince” theme for the promotion of the second edition of the drama DVD that will be released May 10. The first edition was released April 5.

“Rooftop Prince” was Park Yoochun‘s hit drama from 2012 that featured the idol as a Joseon dynasty prince that travels into modern times along with his three bodyguards. In the drama, one of the four Joseon men’s favorite food from the modern area was “omurice,” which will be specially served at the “Rooftop Prince” cafe.

Cafe Mandoka has previously done special events for Girls’ Generation, 2PM, and Aziatix but this is the first time it has covered a Korean drama.