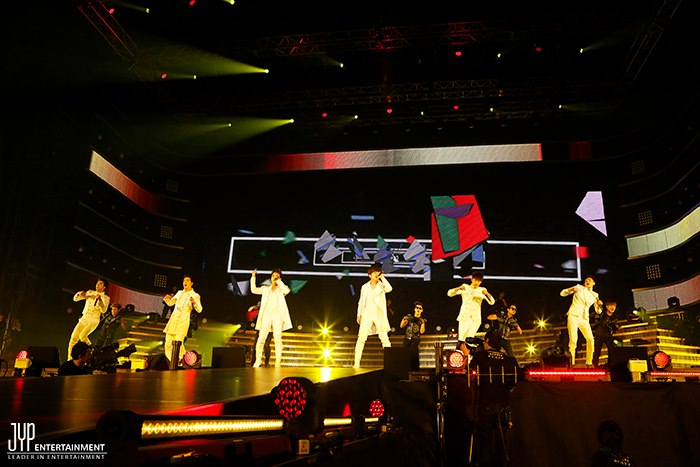 On the April 28 broadcast of MBC’s “Section TV,” fans were brought backstage to 2PM’s concert in Tokyo Dome held on April 22. The program showed the arena filled with the cheering fans of 2PM, supporting, dancing, and singing along with the group during the four-hour long concert. It also showed the members of 2PM nervously and excitedly rehearsing before the concert and in continued disbelief at such a huge stage even after the concert finished. Tokyo Dome is one of the largest concert venues in Japan, capable of holding up 55,000 people.

In particular, member Taecyeon couldn’t hold back his tears as he gazed up at the fans who had prepared a special event for the group. After the concert finished, members Nichkhun, Jun.K, and Wooyoung could be heard still in disbelief at holding their dream stage at Tokyo Dome.

In related news, 2PM will be making their third album comeback in May. In preparation, the group has released the tracklist from “Grown,” which shows the musical growth of the members, with Junho and Jun.K featuring as singer-songwriters for the album.

2PM
Section TV Entertainment News
KPLG
Legend of 2PM in Tokyo Dome
How does this article make you feel?