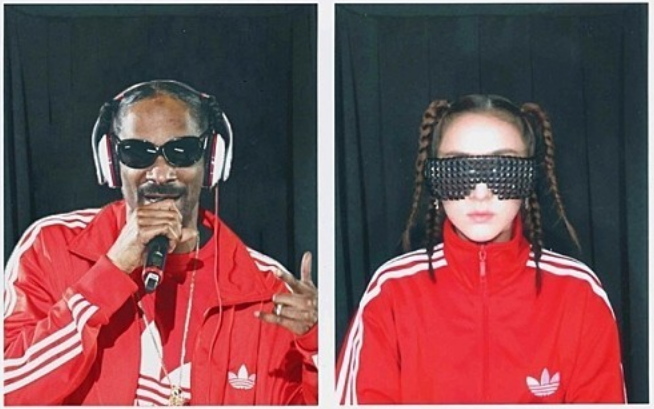 On April 30, 2NE1’s Sandara Park uploaded several photos on her me2day along with the message, “Which is Snoop Dogg and which is Snoop Dar?”

In the first picture is rapper Snoop Dogg wearing the red Adidas track suit and a pair of black sunglasses. In the next three photos, Sandara Park is wearing the same outfit and showing off funny poses. With her confident attitude, Sandara looks adorable in these pictures.

Fans that saw these photos commented, “Good luck to both Sandara and Snoop Dogg,” “She is so adorable,” “Where did she get that outfit?”

Meanwhile, group 2NE1 is to make a special appearance on Snoop Dogg’s first Korean concert titled “Unite All Originals Live with Snoop Dogg” at the Olympic Park in Seoul on May 5.

Sandara Park
2NE1
Snoop Dogg
KPLG
How does this article make you feel?