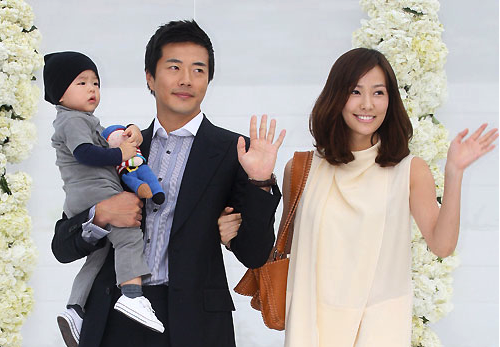 On the recent episode of KBS’s “Happy Together 3,” which was aired on May 2, actress Son Tae Young appeared and revealed her son Luke’s love for his father, Kwon Sang Woo.

Son Tae Young stated, “Luke shows unending love only for his father. When we asked him who is cooler between his father and actor Jo In Sung, Luke chose his father without hesitation.”

Son Tae Young continued sadly, “Luke likes his father more than me. When he watches my drama ‘The Best Lee Soon Shin,’ he looks bored. But when he watched Kwon Sang Woo’s ‘Night King,’ where he showed off some fancy action scenes, Luke loved it.”

Meanwhile, Son Tae Young and Kwon Sang Woo got married in September 2008. Luke was born the next year in February. After four years of concentrating on her family, Son Tae Young recently made her comeback via KBS’s “The Best Lee Soon Shin.”