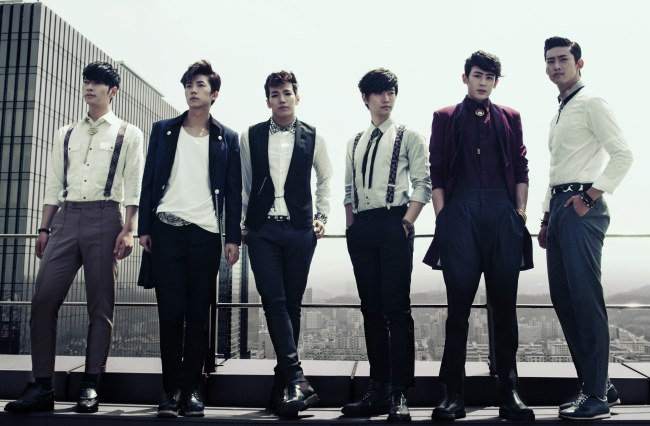 2PM is No.1 on iTunes Album Chart in Six Countries

2PM released their third full album, “Grown,” yesterday and proved their continued popularity despite the long absence from the K-Pop scene by placing first on iTunes album charts in six different countries. 2PM was first in Thailand, Singapore, Hong Kong, Malaysia, Philippines, and Taiwan yesterday, May 6. Also in South Korean charts, the title track, “Comeback When You Hear This Song,” as well as the other tracks off the album, all ranked high.

Regarding the album, 2PM commented, “This album was produced through 2PM’s particular affection and effort. We are very grateful that many people identified [with the songs] and that the album received a lot of love in Korea and placed first on overseas charts.”

2PM’s “Grown” is a special album that contains two title tracks. Only one has been revealed so far- “Comeback When You Hear This Song”. The other title track, “Ha.Ni.Bbun” will be revealed soon. Stayed tuned for updates but meanwhile check out the music video for the first title track here. Also, the physical format of the album will be available May 13.

2PM
itunes
KPLG
How does this article make you feel?