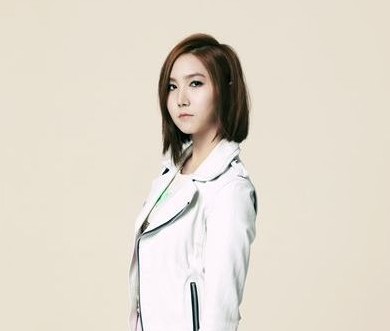 On May 3, we reported that the father, Hong Ha Jong, of A Pink‘s Hong Yoo Kyung left a message on his personal SNS account, demanding an apology from A Cube Entertainment and for his daughter’s reinstatement into the group. The controversy regarding Hong Yoo Kyung’s departure from A Pink continues with her father leaving yet another message for the public.

Hong Ha Jong wrote on May 6, “Early last year, Yoo Kyung suffered because of the media play on her being a daughter of a rich family. But she endured, thinking that it will help spread A Pink’s name. But after releasing the news about Yoo Kyung’s departure from the group, the media play saying she ‘muk-twi…” “Muk-twi” is the shortening of a Korean phrase that literally means “ate and left” and metaphorically means enjoying the fruits but not doing any of the labor or escaping responsibility.

He continued, “The media play that they discussed it with Yoo Kyung’s mother…If they just said sorry and asked me to bear it for the sake of the rest of the members of A Pink I could have, but I think I have to write about how we came about signing the agreement.”

In response, A Cube Entertainment stated to No Cut News on May 7, “We are sorry to see the controversy continue to grow at this point when an agreement has already been reached.” To Star News the agency said, “There is no problem even if he reveals the agreement. Our stance that it was not an expulsion has not changed.”

On April 23, A Cube Entertainment announced the withdrawal of member Hong Yoo Kyung from A Pink to pursue her studies. Since then, rumors and controversy has continued to arise.