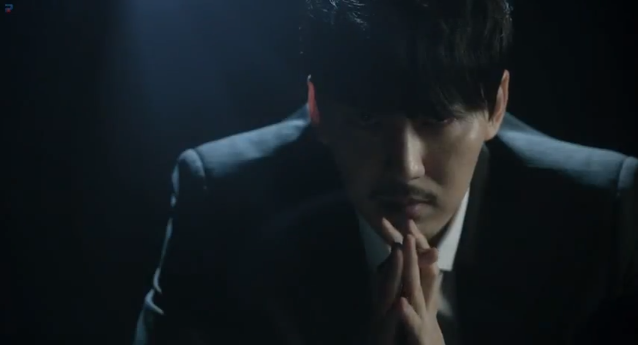 The upcoming KBS drama “Shark” has released its dark and heavy first teaser.

“Shark” stars Kim Nam Gil and Son Ye Jin in the former’s first post-military acting project. It is a revenge thriller in which Kim Nam Gil’s character uses the woman he loves, played by Son Ye Jin, for revenge.

In the trailer, viewers can hear Kim Nam Gil’s narration which starts off with the meaningful line, “Sharks don’t have air (swim) bladders. They have to keep moving. Otherwise they die.” Kim Nam Gil walks on top of the dark waters while a shark swims below. He slowly drops the wedding veil he was holding in his hand. Viewers can then see scenes of happy moments between Kim Nam Gil and Son Ye Jin, followed by a shot of the latter crying. Kim Nam Gil then narrates, “Go. Don’t look back. The time has come.” The final shot shows the word “shark” in Korean reflecting through the water, looking very similar to actual shark outlines. The video is a very visually stimulating teaser that increases anticipation for the drama.

Take a look at the teaser: