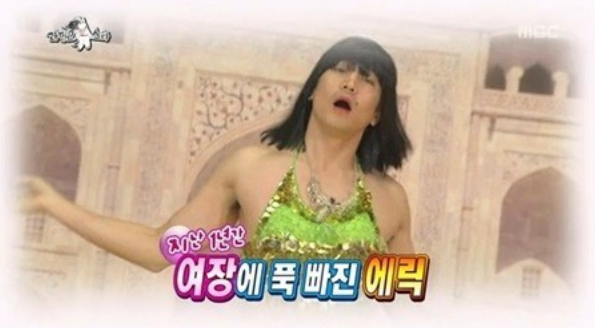 On the most recent episode of MBC’s “Radio Star,” which was aired on May 8, group Shinhwa’s Eric revealed his unusual hobby.

To the shock of the emcees, Eric simply stated, “I am into cross-dressing.” Shin Hye Sung, who appeared as a special MC for the day, also supported this revelation as he said, “When he gets bored, Eric wears dresses like a girl. He even has a favorite pantyhose color.” Jun Jin also added, “He also likes to wear high heels.”

To these claims, Eric explained, “At first, Minwoo made me do it on JTBC’s ‘Shinhwa Broadcast’ and that is how it all started.” When he was asked what color he prefers for pantyhose, Eric answered, “I like black. And I have great legs, much prettier than Hye Sung’s.”