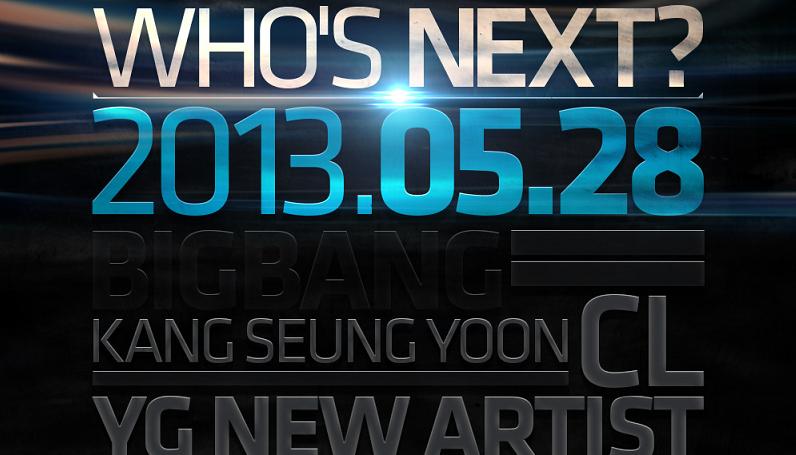 A few days ago YG Entertainment put up a mysterious image on their website with the words “Who’s Next?” and the date of May 28. The image also had the names of several YG artists and it was reported that one those artists would be making a comeback (or debut) on that date.

On May 8 the popular entertainment company updated the pictures, crossing off some of the artists. From the original picture Taeyang, 2NE1, CL, Kang Seung Yoon, and “YG New Artist” were highlighted. What that means is that one of those artists will be releasing new music on May 28.

We asked Soompiers who they thought was the artist and many people chose 2NE1. The female group is due for a comeback and the group has been active on social networking sites. YG’s new artist could very well be the female group that was supposed to debut some time ago. Solo acts such as Taeyang, CL, or rookie Kang Seung Yoon would also be a treat to fans.

Now that it’s narrowed down, who do you think will be the remaining name? Follow Soompi for more updates as it develops!