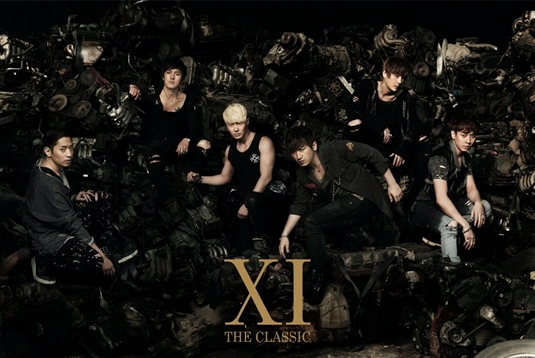 Shinhwa, the longest-running idol group in the biz, has just released the music video teaser for the title song, “This Love, ” off of their eleventh album, “The Classic.”

A representative of Shinhwa Company stated that the teaser shows a taste of “Voguing Dance,” tried for the first time in K-Pop by Shinhwa. He added, “People will be able to see the charms of Shinhwa never seen before.”

The company also reported that 40,000 copies of the special edition of “The Classic” have all been pre-sold in under a day. The company has decided to publish a regular “Thanks Edition” for fans who weren’t able to buy the first print of the album.

Also, on Mnet.com, there will be a “Special Shinhwa Page” that will start to release special member photos and clips consecutively starting May 13.

Shinhwa will also be going on a Asia tour- “2013 Shinhwa Grand Tour ‘The Classic’“- with this new album starting June and lasting till August. They will be holding concerts in Hong Kong, Shanghai, Taiwan, Japan, Beijing, and Seoul.

The full music video will be released May 16.

Here is the teaser!

Mnet
Shinhwa
KPLG
Shinhwa Company
How does this article make you feel?