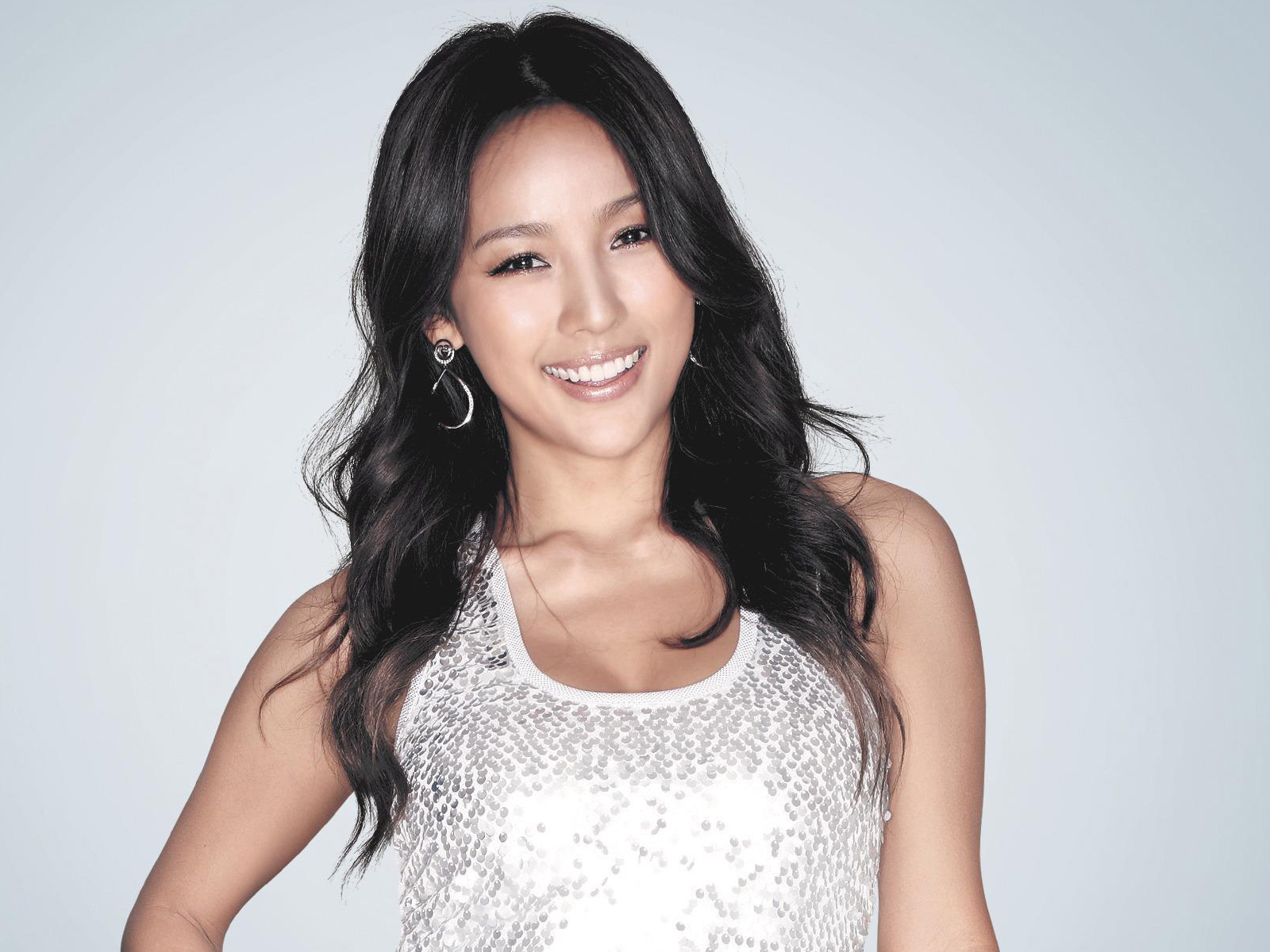 K-Pop’s sexy diva, Lee Hyori, may have just turned thirty four years old on May 10, but she is hotter than ever. After being on music hiatus for almost the three years the veteran idol made her comeback with her pre-released track, “Miss Korea“, on May 6. The singer will release her fifth full album “Monochrome” on May 22.

To celebrate Lee Hyori’s Birthday we have chosen twenty-five pictures in this special gallery that highlights her best pictures and her best work. Be prepared for some adorable childhood pictures, some old fashioned Fin.K.L flashbacks, and some of Lee Hyori’s hottest pictures.

For the first picture we go way back! Lee Hyori shared this picture and revealed that crying baby is her!

A fan collected several childhood pictures of Lee Hyori. She was a cutie!

Lee Hyori’s student photo. She was pretty then too!

Lee Hyori was discovered while she was taking sticker pictures with her friends. Even though she was the last member to join, as the oldest she became the leader of the original idol group Fin.K.L. The group debuted in 1998 with their first single “Blue Rain.”

Fin.K.L became one of the most popular K-pop groups. The group put our four full albums until 2002, when each member pursued individual activities. In 2005 they regrouped to release a special mini album simply titled “Fin.K.L.”

Lee Hyori was easily the most popular member of Fin.K.L. and famous for her naturally good looks

Lee Hyoi made her solo debut in 2003 with her album “Stylish E.” Her first song, “Just 10 Minutes” would be the first of many popular tracks.

In 2006 she released her follow up album “Dark Angel.” Unfortunately, one of her songs “Get Ya” was caught up in a plagiarism controversy. However, that didn’t stop her popularity. The same year she signed a new contract with Mnet and became the highest paid female singer in Korea.

Her third album, “It’s Hyorish“, was released in 2008 with the popular “U Go Girl” as her main track.

Lee Hyori went for a more artsy and fierce look for her fourth album, “H-Logic.”

Not only was she producing popular albums, the singer tried her hand at acting. In 2005 she played the female lead in the drama “Three Leaf Clover.” Despite her popularity, the drama was considered a flop after continually receiving low ratings.

Despite the failure of “Three Leaf Clover” Lee Hyori returned to the small screen in 2008 and starred in the mini drama “If in Love…Like Them” with Lee Dong Gun. During the filming, Lee Hyori’s foot fell through the roof and could have had a fatal accident if Lee Dong Gun hadn’t grabbed her hand in time!

Lee Hyori also became a popular variety figure, appearing on many shows. She also hosted several shows throughout her career, including “Happy Together” with Shin Dong Yup.

The singer’s last show was “You and I” which she hosted together with her best friend Jung Jae Young.

The singer had many endorsements throughout her career, from cellphones to make up. One of her most famous clothing campaigns was Giordano with actors Jang Dong Gun and Lee Jun Ki.

Lee Hyori was the make up brand Clio‘s main model for many years until she was replaced by 2NE1‘s Sandra Park.

In 2011 the singer made headlines when she publicly revealed her relationship with musician Lee Sang Soon.

Lee Hyori has done many magazine pictorials. From the cute to the risque, she proved that she was a beautiful model that wasn’t afraid of anything.

Her most recent pictorial was the circus show girl themed photo shoot for Vogue.

She may be a model but Lee Hyori looks best in casual clothes and light make up.

She even looks great in no make up! She is also wearing a beanie she knit herself!

Lee Hyori often updates her Twitter with pictures of her dog, Soon Shin.

The singer is an active animal rights activist. In this picture she relaxes with her pets.

The queen is back! You can watch the music video for “Miss Korea” here. Lee Hyori’s fifth album, “Monochrome”, will be released on May 22 and she will hold a special comeback showcase the same day.