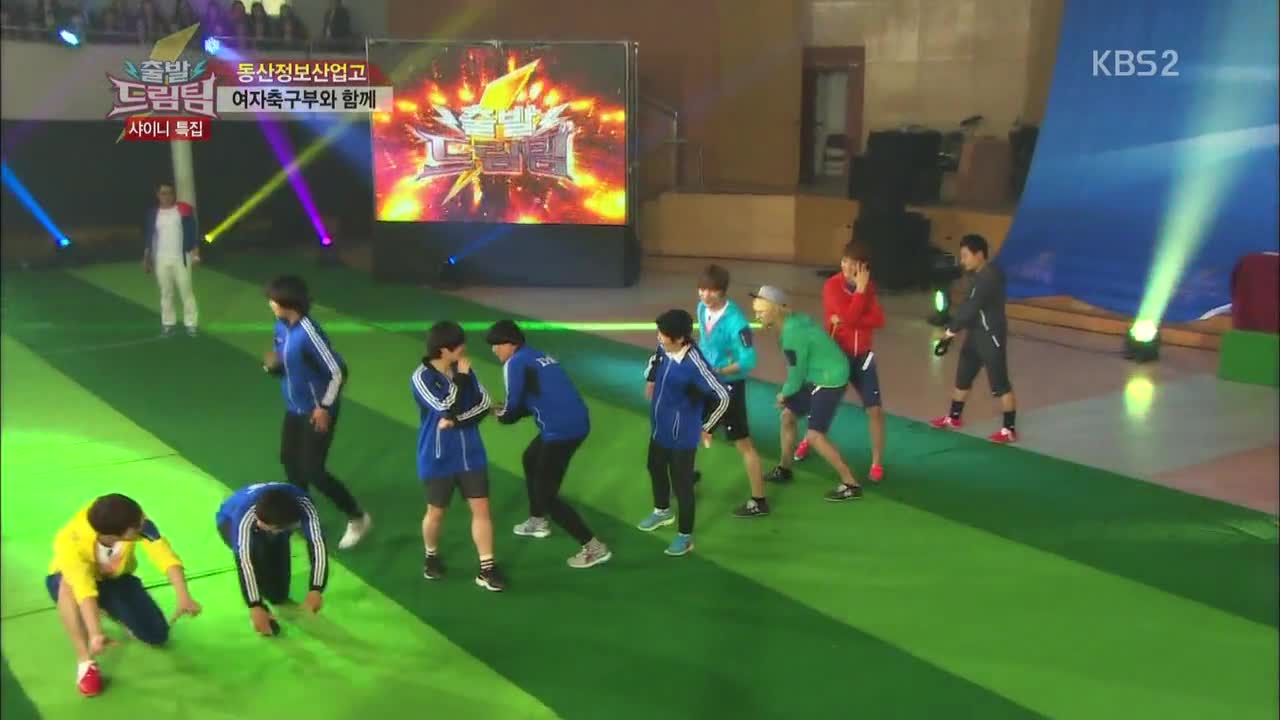 On the May 12 episode, KBS’ “Let’s Go Dream Team Season 2” and SHINee visited the Dong Sun Jung Bo High school to compete with the school’s female soccer team. Before the main competition, a group of fans performed SHINee’s “Sherlock” in front of Minho, Taemin, Onew, and Key. They performed with all their hearts, hoping to impress their oppas.

In the middle of the song, the SHINee members got up and joined the female students, making them some of the luckiest Shawols out there. Each member performed their parts with the students and even posed affectionately together for the camera. Viewers could hear the jealous and happy screams of other fans at the school watching the performance in the background audio of the show.

You can click on the little blue arrow on the top right of the screencaps to watch a brief clip of the performance.

Secret‘s Sunhwa and comedian Noh Woo Jin were also guests on this episode.