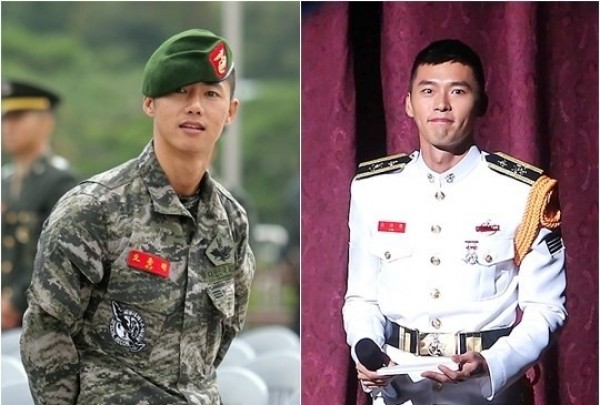 On May 9, Oh Jong Hyuk made a guest appearance on SBS Power FM radio show “Gong Hyung Jin’s Cine Town” with Oh Man Suk, with whom he is starring in a musical theater production “Those Days.” Host Gong Hyun Jin asked Oh Jong Hyuk about Hyun Bin, who served in the Marine Corps around the same time with him.

Oh Jong Hyuk first explained, “We only got to spend a very brief period of time together before I was transferred to the first division of the Marine Corps in Pohang. He is three classes senior to me.” Gong Hyung Jin, who is known to be good friends with Hyun Bin, mentioned that Hyun Bin complimented Oh Jong Hyuk about his diligent and passionate Marine attitude.

Oh Jong Hyuk said, “I remember Hyun Bin was very strict. He wasn’t necessarily trying to establish military discipline among his subordinate soldiers, but was very direct in expressing his opinions and yet calm about things that he didn’t feel was right.”