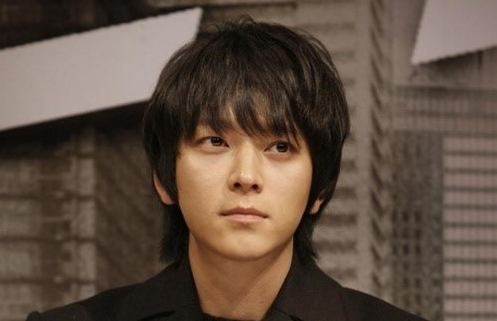 Kang Dong Won is known for his pretty face and tall frame and now he’s also attracting much attention for his high IQ.

On May 15, SBS’s “Midnight TV Entertainment” aired a segment where a reporter went to various schools of celebrities and looked through their files.

What caught the attention of the program viewers is his high IQ of 137 as well as outstanding grades. The file also included Kang Dong Won’s picture during grade school, which proved his handsome looks weren’t man-made.

The segment also revealed Yoon Do Hyun’s school grades and childhood photo to his embarrassment. He’s one of the emcees for “Midnight TV Entertainment.”